Home to iconic teams and elite athletes, Pennsylvania has a positive relationship with sports, but which do the people love the most? Discover the top five sports.

The state might play host to a plethora of competitive major league teams, but it’s golf that takes the crown as best-loved sport in Pennsylvania. Football makes an appearance in second place, ahead of baseball, soccer, and basketball, which are ranked 3rd to 5th by Pennsylvanians, respectively. 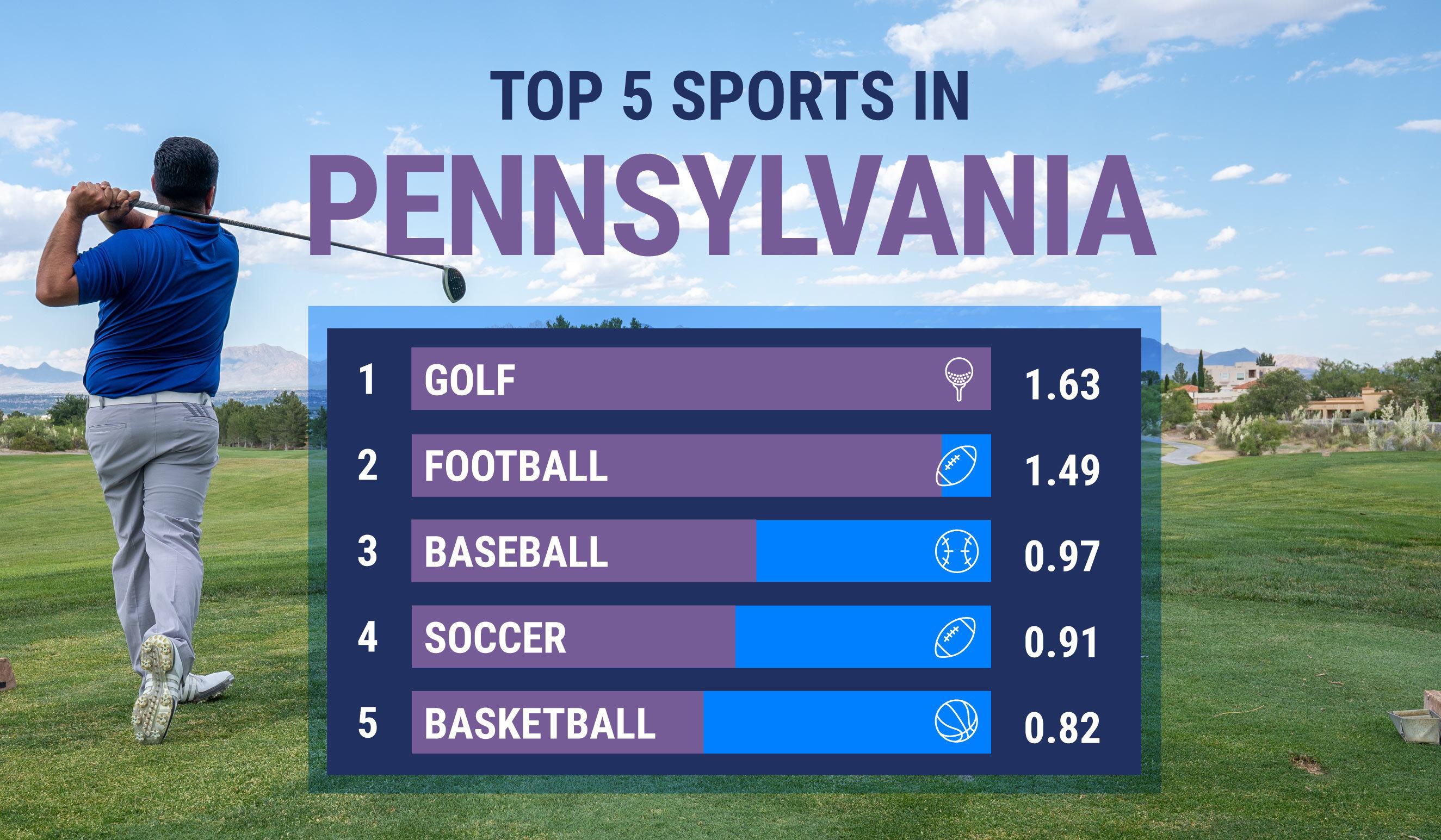 CHECK OUT: The Best Sports Betting Sites in Pennsylvania

Home to some seriously spectacular courses, it’s no wonder that golf is rated in such high regard across Pennsylvania – ranked the top sport statewide, in fact! With numerous amateur tournaments arranged annually, there’s always an opportunity for local sports fans to try out a new set of clubs on a competitive stage.

With such teams as the Pittsburgh Steelers and Philadelphia Eagles, it’s hardly surprising that football is so popular in Pennsylvania. The former is, in fact, among the most decorated NFL teams of all time, in terms of Super Bowl victories (six), while the latter won a first Super Bowl title in the 2017 season.

Baseball is considered a top-five sport for Pennsylvanians, largely thanks to Major League teams the Philadelphia Phillies and the Pittsburgh Pirates, who boast seven World Series titles between them. While the Phillies can only claim two of these World Series titles, they’ve enjoyed the more recent success than their state rivals, with victory in 2008.

Soccer claims a place among the most popular sports across Pennsylvania, which is a strong achievement considering the state didn’t have a top-tier team until the Philadelphia Union’s inception in 2008. Since then, though, the club has gained a dedicated following statewide, and even topped its conference in 2020.

Three-time NBA Championship winner the Philadelphia 76ers, locally referred to as the Sixers, is the pride of Pennsylvania’s basketball scene, and one of the main reasons the sport is so highly rated among locals. A club with rich NBA history, there have been several basketball icons don the famous Sixers jersey, including the great Julius Erving.

To bring you the people of Pennsylvania’s five favorite sports, it was first important to consider both Google search volume data and social media sentiment data for each sport.

Giving each of 10 different sports a value for each of these two factors, we ranked them accordingly. From here, each Pennsylvania sport was assigned an index score between 0-1, relative to their ranked position, for each of the two factors.

By combining the two index scores, we were able to give each sport a score between 0-2 to find the top five across Pennsylvania.