The 7 Best Gambling Movies on Netflix 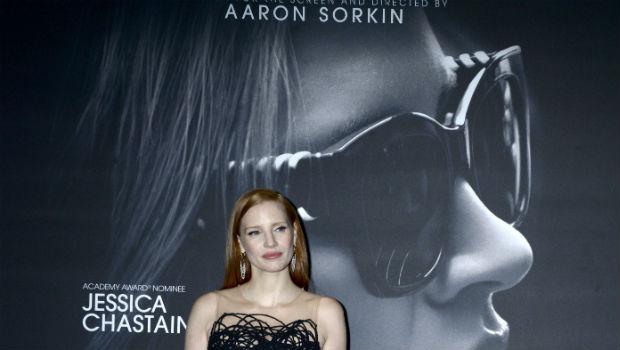 Netflix keeps millions entertained daily with a wide offering of movies and TV shows focused on every subject imaginable. And for gamblers, sports bettors, poker players or those who enjoy playing online slots, sometimes you can’t play. A good gambling movie is the next-best thing to getting your fill of action. There are many gambling movies on Netflix.

Keep in mind, we're only talking about movies currently on Netflix. There are tons of entertaining gambling films out there not listed here. “The Hustler,” “The Cincinnati Kid,” “Casino Royale,” “Ocean's Eleven” and “Bugsy” just to name a few.

So, for those watching on Netflix, these are the top choices when sitting down for a gambling film.

Gambling and poker are the backdrop for this great gambling movie that tells the based-on-a-true story tabloid tale of Molly Bloom (Jessica Chastain). Bloom was an Olympic-quality skier whose career ended due to injury. She moves to Los Angeles to begin a new life and soon finds the best way to quick money is to manage big-money poker games for her boss.

Soon she is running the most-exclusive, high-end, invitation-only poker game in the world. She ran the game for deep-pocketed players with an iron fist and a velvet glove for a decade, raking in serious bank while catering to the biggest whales in the sea – among them were Hollywood stars, star athletes, business titans and – unfortunately – the Russian Mob.

Molly gets raided for running an illegal game by 17-machine-gun wielding FBI agents and suddenly has to dish on her former customers and defend herself, or fold and go to jail. The movie is told in flashback format, bouncing back and forth to what was the present day. She eventually reconciles with her father, Larry, played by America’s favorite dad – Kevin Costner. The fate of the Poker Princess ends up in the hands of a dedicated defense lawyer named Charlie Jaffey (Idris Elba) who does his best to keep her out of prison.

Take a group of “wicked smart” MIT students. Train them in the expertise of card counting. Unleash them on Vegas casinos. And watch them rake in millions of winnings playing blackjack.

You know how this fact-based casino movie is going to end before it even starts, even if you don’t know. But this gambling tale keeps you wanting more, even if the statistics say never hit on “17.”

Main character Ben Campbell (Jim Sturgess) is a young MIT whiz and is shooting for a scholarship to attend Harvard School of Medicine and become a doctor, But his working-class background means he doesn’t have the means to cover the $300,000 to cover the cost of medical school in Boston. Ben’s math professor, Micky Rosa (Kevin Spacey), invites Ben into a group that is being trained to count cards. Ben and his pals begin taking secret trips to Vegas on weekend, using their code talk and hand gestures to take the House to the cleaners.

But as what starts as a noble mission to cover the cost of medical school soon turns ugly. Fellow card counter Jill Taylor (Kate Bosworth) sees trouble brewing as Ben becomes more and more intoxicated with each winning hand and “21.” Eventually greed gets the better of Ben and his high roller life comes crashing down like a house of cards.

Considered by some to be the best pure poker film, this story follows the trials and tribulations of law student/poker player genius Mike McDermott.

Played by Matt Damon, McDermott has what seems like a normal life balancing his time in law school and a relationship with his girlfriend, Jo (Gretchen Mol). But after his pal and fellow poker player Worm (Edward Norton) gets out of prison, McDermott quickly finds himself back rounding through the rough and ruthless world of the underground poker scene in New York. The Worm owns $15,000 in a prison debt and he and McDermott go on a spree to pay his debt.

CHECK OUT: Which Casino Game Has The Best Odds?

Things go south between Worm and McDermott, who gets back into a groove and with the help of a $10,000 stake from his law school professor (Martin Landau), McDermott plays the KGB poker player heavies in a no-limit, heads-up game of Texas Hold’em. Just a great gambling movie, even if you aren’t into playing poker.

“Win It All” is a gambling-centric dark comedy.

Gambling addict Eddie Garrett (Jake Johnson) is going nowhere in life. He agrees to watch a mysterious duffel bag for and his pal Michael, who is heading to prison. No questions asked. If gambler Eddie can hold onto the bag until Michael gets out of prison, Eddie will get $10,000.

Well, Eddie’s gambling itch gets the best of him and he opens the bag to discover a load of cash. And as you might expect, Eddie cannot resist his urge to bet or ward off his addiction to gamble. To no one’s surprise, he ends up in debt. Michael’s prison term is shortened and all of a sudden Eddie is in a bind and has to win back all the cash that he lost playing. When the prison release is shortened, the compulsive gambler suddenly has a small window of time to win all the money back and tries to do so in a high-stakes poker game.

Before making the biggest bet of his life – marriage – the groom-to-be Doug Billings (Justin Bartha) takes off for Las Vegas for his bachelor party with his two best buddies, Phil Wenneck (Bradley Cooper) and Stu Price (Ed Helms). They’re joined by the bride’s brother Alan (Zach Galifianakis), who is bit ignorant to the ways of the world. Three of them awake in a trashed Las Vegas hotel room without any memory of what happened the previous evening and without any idea of what happened to Doug. The group then bounces around Vegas and mayhem ensues. The film features a knockout cameo by Mike Tyson.

CHECK OUT: The Best Online Casino Gambling Sites In Pennsylvania

This film’s producers ended up hitting the jackpot with this combination buddy/gambling film. The movie was a box office blowout and grossed more than $469 million worldwide off a cost of $35 million. It also generated a pair of sequels.

Down-on-their-luck gamblers are an often undercurrent in films of this genre. “Mississippi Grind” is no different. This really good movie tells the story of hard-luck gambler Gerry (Ben Mendelsohn), who is facing financial calamity. Looking for a change in luck, our main character joins forces with a dynamic, young card shark named Curtis (Bradley Cooper). The two gamblers then rumble through the South in a sometimes-desperate attempt to win back all that they’ve lost.

Like most tragic gamblers, they never know when to quit and learn that money isn’t always the cure to what is missing in life.

Another really good movie, and one most moviegoers are probably unfamiliar with. “Casino Tycoon” tells the story of a young Chinese graduate named Benny (Andy Lau) who must flee his home in Hong Kong due to the Japanese invasion of China in World War II. This action drama takes you into the Chinese underworld. Benny finds a new life in Macau working for a businessman who has links to organized crime. Benny works his way up the ladder of the crime syndicate and makes some important friends and enemies along the way. The movie is in Cantonese with English subtitles.

A successful handicapper with more than a decade in the sports and gambling industry, Adam enjoys writing about (and playing) poker.